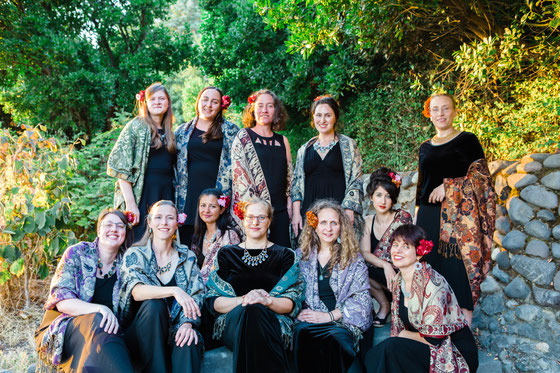 Ticketed at the door: Adult $12.00, Youth $5.00
Dunava (“the Danube”) is Seattle’s premier Balkan women's choir, made up of singers with broad musical and performance experience and a passion for intricate harmonies and varying vocal technique. Dunava is dedicated to studying and performing traditional folk songs from Eastern Europe with respect and authenticity, and introducing audiences to these beautiful vocal traditions and songs.

Dunava is affiliated with the Radost Folk Ensemble, and has performed at Northewest Folklife Festival, Croatia Fest, the Seattle Folklore Society concert series, the Seattle Art Museum, and at Seattle Town Hall. In 2014 Dunava was the first American group to participate in the international Silver Buckle folk festival in Kjustendil, Bulgaria. Dunava has released two CDs, Dunava (2009) and Bulgaria (2013), and is currently recording another album.