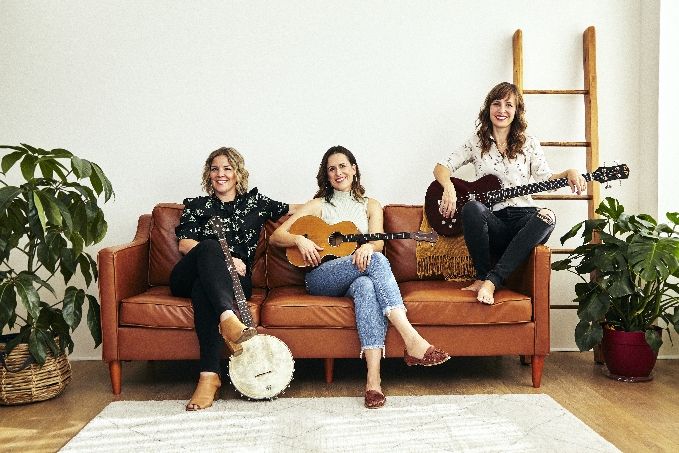 Ticketed at the door: Adult $20.00, Youth $10.00
Sponsored by
LCCA
You hear it a lot, the idea that something is greater than the sum of its parts, and yet there's really no better way to describe the musical essence of the Good Lovelies.

Kerri Ough, Sue Passmore, and Caroline Brooks are immensely talented vocalists and songwriters in their own right; however, it's their voices interwoven in harmony - powerful and pure, organic and inspiring - that elevates the Good Lovelies from impressive to peerless.

Over the course of their decade-plus career, they've covered plenty of stylistic ground, adding tinges of pop, roots, jazz, and even
hip-hop to their country folk core.

The trio first united in 2006 for a one-off performance and has since compiled a catalogue of four studio albums, a pair of EPs, a live album, and Christmas collection. Through it all, the unmistakable sound of their intertwined voices has been the sonic anchor, and that remains true as the Good Lovelies pushed further into the mainstream in 2018 with their most accessible and pop-influenced output to date, Shapeshifters.

Shapeshifters, offers a perfect balance between a more modern production style and the musical influences that have made them a household name over the years. What's more, the songs themselves build on the Good Lovelies' familiar foundation with a widespread appeal.

For their efforts, the Good Lovelies have earned a Juno, four Canadian Folk Music Awards, and most recently, a SOCAN #1 award for their song "I See Gold", which topped the CBC Top 20 chart in January 2018. Gracing stages such as Toronto's historic Massey Hall, the band continues to grow internationally.

If what happens next goes according to plan, the Good Lovelies will see their profile propelled to new heights thanks to a contemplative creative approach and a new spin on the signature sound that's earned them audiences and accolades the world over.

For every album sold on the Forest Tour, the Good Lovelies will be planting two trees on land in Ontario.

This concert will be held indoors and the risers will be setup.

Due to the recent increase in COVID in our community we will be requiring KN95 or N95 masks during the concert.

We will have masks available at the door if needed.
Good Lovelies